Mr. Aalt Dijkhuizen, chairman of the jury presented the award this morning during the official opening of GreenTech Amsterdam 2014, the first edition of the international tradeshow on horticulture technology. An international jury awarded two nominations this morning with a Catagory Award. ID Kas® by Technokas won in the Category Equipment, Futagrow by Metazet/FormFlex won in the Category Production.

ID Kas® was designated as the Overall Winner because it concerns an innovative greenhouse concept with great eye for detail and taking all aspects into consideration. It has been developed in close collaboration with the end-user and shows fantastic results: energy savings up to 60% and an increased productivity. This sustainable, energy-efficient greenhouse uses double panes of glass with an anti-reflective coating. Also, the concept consists of a completely new greenhouse construction, making all the elements of the ID Kas® fit perfectly. "The jury therefore considers the ID Kas® a new concept with a great future", chairman Dijkhuizen stated. "Technokas, the developer of ID Kas® also had a second nomination (Daylight Greenhouse), emphasising its unique ability to innovate. A well-deserved Overall Winner!"

Futagrow winner Category Production
Futagrow was awarded winner of the Category Production. "Futagrow is a clever cradle-to-cradle cultivation system for greenhouse vegetable production that combines increased production per m2 with less input. It changes crops several times a year, ensuring healthy young plants and an increased production of more than 20%, where the carbon footprint is reduced up to 25%. A market-oriented concept with a very promising future", in the opinion of the jury.

In total 53 entries were competing for the GreenTech Innovation Award 2014. The jury, formed by chairman Mr. Aalt Dijkhuizen, Ms. Linda Kaluzny-Pinon, Mr. Heinrich Dressler, Mr. Jacco Strating and Mr. Roger Abbenhuijs, made a short list of 12 innovations. In the final judging round two Category Winners and one Overall Winner were chosen. The jury said to be impressed by the very high quality of the nominations and commented "It shows the fast and strong developments in the horticulture sector as a leading innovative sector worldwide."

About GreenTech
The brand-new exhibition GreenTech is the global meeting place for all professionals involved in horticulture technology in Amsterdam RAI. GreenTech focuses on the early stages of the horticulture chain and production issues relevant to growers.

GreenTech will take place on 10-11-12 June 2014 in Amsterdam RAI, the Netherlands. Entrance is free for professionals in the industry after preregistration online. 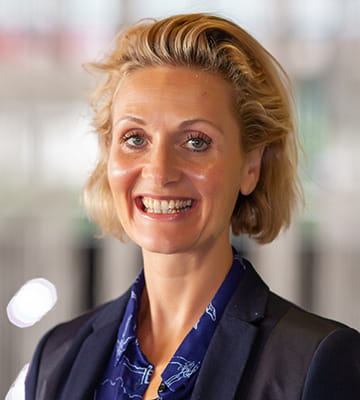