The degree of personal contact around the world has fallen sharply due to the corona crisis. Much nowadays happens remotely or with the help of digital tools. A development such as autonomous cultivation seems to fit well with the current era. Just like robotics. But is the corona crisis accelerating those developments? And do they offer opportunities in times of social distancing? We asked Silke Hemming (Wageningen University & Research), Klaas van Egmond (Delphy) and cucumber grower Jaco den Bakker.

The number of experienced growers worldwide continues to decline. However, due to a rapidly growing world population, the need for horticultural products is increasing. As a result, individual horticultural companies are growing in size. Knowledge is necessary to enable these companies to function optimally. Data-driven services can help, so growers are able to keep a good overview and to make the right decisions based on data and algorithms. Even though they have fewer people and knowledge available. The use of robots can also solve the shortage of employees in the future. 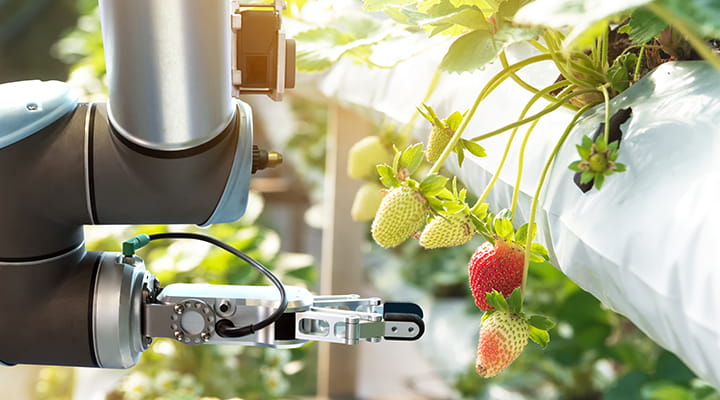 Autonomous Greenhouse Challenge
Autonomous cultivation and robotics are therefore important themes at Wageningen University & Research (WUR). In 2018, an important boost was given to autonomous cultivation by organizing the first Autonomous Greenhouse Challenge. The second edition of this challenge is currently taking place, in which five selected teams have to manage a greenhouse compartment of WUR at the research location Bleiswijk from a distance. The teams must cultivate the best possible crop with the best possible yield, using as few human interventions as possible and with as few resources, such as energy and wat, as possible. Artificial intelligence, data and algorithms are key. The goal is to maximize the net profit. The winners of this year will be announced on June 8. "Although there were doubts about the continuation of the challenge when the corona crisis started," says Silke Hemming. As head of the Greenhouse Technology Research Team at WUR, Hemming is one of the driving forces behind the Autonomous Greenhouse Challenge. “The question was mainly what the situation meant for the greenhouse research”, Hemming explains. “After all, the challenge focuses on algorithms and is not about robotics. So, we still need people in the greenhouses. But although there was a bit less activity at certain moments, we were able to keep the project going.” The last harvest date is therefore as planned on 28 May, after which the performance of the teams will be analysed. The teams will then be allowed to pitch their strategy for a jury in early June, and the winning team will be announced on 8 June during a GreenTech webinar.

“After all, the autonomous greenhouse challenge focuses on algorithms and is not about robotics. So, we still need people in the greenhouses.”

Hemming indicates that the demand for these kinds of digital tools and resources was already growing strongly within international horticulture. “The corona outbreak has provided an extra boost. After all, you can control a lot in your greenhouse remotely by using cameras, sensors, and data. In the pot plant industry, you hardly see any people in the greenhouse nowadays. Vegetable cultivation is not yet that far, but there is great interest in these developments.” According to Hemming, the use of autonomous cultivation in countries such as Japan, Australia, China, and Korea is higher on the agenda than in the Netherlands. “That was already the case before corona, because the step growers in these countries have to take is much larger than here in the Netherlands. Therefore, growers can also benefit more quickly. In the Netherlands, the level of education and knowledge is higher, and growers have more experience. The benefit of autonomous cultivation is therefore relatively smaller, and the necessity is less. However, this does give a greater span of control.” 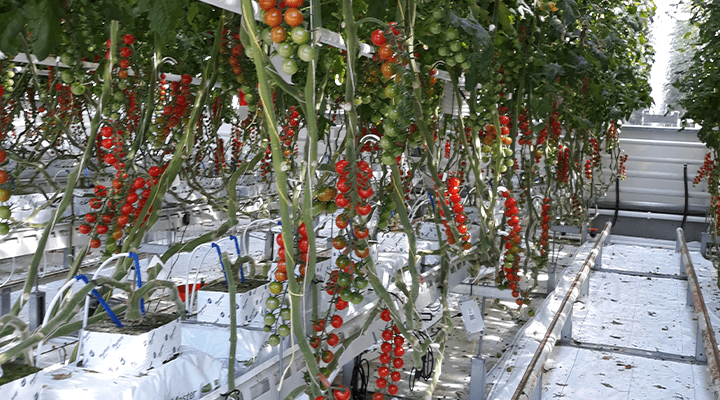 Financing robotics development
Hemming sees a great challenge in the field of labour in Western countries. Because good personnel is becoming increasingly scarce, robotics offers opportunities. “There are still steps to be taken in this area. This is already being taken up by the sector and at WUR we are also working on several projects.” The question is, however, to what extent the current situation is an inhibiting factor in this development, especially in the area of financing. Because all that research also must be paid for. Or an accelerating one, especially due to a greater need. “I see a role for the authorities in this”, says Hemming. “By supporting this type of innovation, horticulture in the Netherlands and other Western countries can be supported towards the future. These are important themes that we must keep going together. In the interest of horticulture and global food production.”

Climate, irrigation, crop operations and fertilization
Delphy, which specializes in independent advice, training and research in agriculture and horticulture, has had autonomous cultivation high on its agenda for some time. “As Delphy, we are the only Dutch team that has qualified both the first and second time to participate in the Autonomous Greenhouse Challenge”, says Cultivation Engineer Klaas van Egmond with due pride. He is also team captain for the second time. But in addition to the challenge, Delphy is also involved in several individual pilots in the Netherlands and other countries. “In these pilots, the models for autonomous cultivation are validated and deployed step by step with entrepreneurs and cultivation managers. Within autonomous cultivation we focus on the autonomous management of important cultivation aspects. The current focus is on greenhouse climate, irrigation, crop operations and fertilization. Later, this could also include aspects such as managing diseases and pests.” 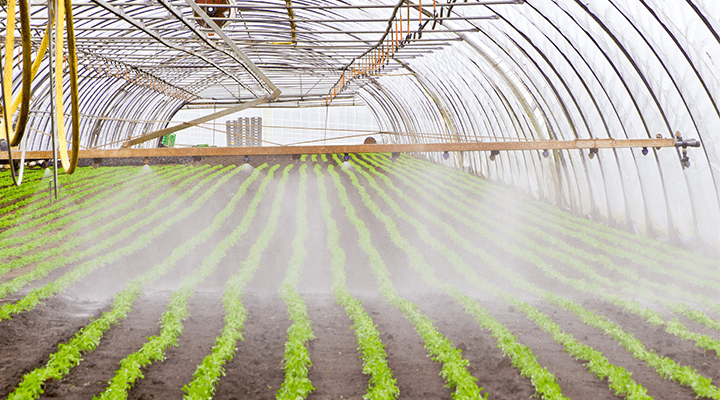 Van Egmond indicates that autonomous cultivation is a very broad concept and a great challenge. “At Delphy, we are therefore actively looking for collaboration with other suppliers if this can provide a better solution for the grower. Autonomous cultivation can be divided into three steps: Sense (sensors), Analysis (AI) and Act (robotics). We really focus on the Analysis step and look for connections with sensors and in the future robotics. I personally work for the Delphy Digital team, which consists of data scientists, developers, and cultivation engineers. With this team we are working in all major crops towards more and more data-driven cultivation.” The chances of autonomous cultivation are great for both the Netherlands and internationally, says Van Egmond. “In our pilots, we see many different reasons for entrepreneurs to want to apply this development in their company. It helps in places where green knowledge is too short to be able to achieve a good cultivation result. In addition, it can increase the span of a cultivation manager from 5 to 10 hectares to perhaps 100 hectares in a few years. It also helps inexperienced cultivation managers to achieve good results faster. The field of cultivation is therefore much more accessible. A data-driven approach ensures objective decision-making, which means that costs and revenues can be quantitatively optimized.”

“A data-driven approach ensures objective decision-making, which means that costs and revenues can be quantitatively optimized.”

Optimizing cultivation results
According to Van Egmond, the corona crisis accelerates developments. “Many entrepreneurs are now using digital tools to guarantee results. However, the reason for that acceleration is of course not positive. It is therefore also questionable how this will continue after the crisis. I expect that data-driven cultivation will then have shown lasting added value and I hope that growers will continue to apply this after the crisis.” Van Egmond would like to point out that autonomous cultivation is not a specific goal itself. “It is always about improving the entrepreneur's result, in which autonomous cultivation can be a means. The data-driven models and systems around autonomous cultivation can also be used without automatic control. For example, our consultants are already using the monitoring system to monitor crops remotely and to advise entrepreneurs directly based on data. The models can also have an advisory role instead of a guiding role, this can already be of added value for the entrepreneur and possibly a stepping stone to autonomous cultivation.”

Corona crisis delays autonomous pilot
Cucumber grower Jaco den Bakker is a participant in one of the autonomous cultivation pilots initiated by Delphy. Den Bakker thinks that the pandemic will not directly benefit the implementation of the pilot. The aim of the pilot is to collect as much data as possible in the greenhouse about temperature, humidity, and growth of the cucumbers, so the computer can independently develop a strategy for the most optimal climate conditions. "The corona crisis is now slowing down the results and therefore the developments," says Den Bakker. “After all, we are in the middle of the pilot. But now that physical contact is not possible and we cannot be on top of the project and the cultivation, things are now going slower. Besides that, we also have other concerns these days. If you want to take such a pilot seriously and carry it out, you should not be limited in your actions.” That does not mean that the project has now come to a complete standstill, he says. “There is quite a lot going on behind the scenes. So I hope that after the summer we can all go back to full steam ahead.”

“It will be a challenge for a country like the Netherlands not to fall behind. That is why it is important that we continue to develop new techniques here in the Netherlands as well.”

Den Bakker believes in the opportunities that autonomous cultivation offers and he believes that many growers would benefit from being able to make more decisions based on data and algorithms. But he does not believe in a future in which people become redundant in the greenhouse. “Every company will benefit from being able to control the climate in the greenhouse remotely. But human hands remain indispensable in the greenhouse. I therefore do not expect that the corona crisis will now ensure that we will do everything remotely in the future. It will still be a combination of artificial knowledge and human experience.” Den Bakker does foresee an acceleration of digitization outside the Netherlands. “Many countries will have a strong drive to become more self-sufficient now that they have experienced the consequences of closed borders and reduced freedom of movement. So, I expect major steps to be taken in those countries. It will be a challenge for a country like the Netherlands not to fall behind. That is why it is important that we continue to develop new techniques here in the Netherlands as well.”