‘Embrace technology as an industry’

From 24 - 26 August GreenTech Americas will take place in Mexico for the first time. It fulfills a wish of horticultural entrepreneurs in North America. Many of them are ready to invest in themes such as sustainability, labour, and technology, but need the final push to take that step. Because, what do these investments actually give in return? According to Oscar Woltman of Hortigen Produce (Mexico) and Theojary Crisantes of Wholesum (United States), horticultural experts from, among others, the Netherlands can help with this.

Oscar Woltman is Director of Operations at Hortigen Produce in Mexico. Hortigen Produce grows bell peppers and mini bell peppers on a total of 48 hectares. Also, the company has 2 hectares of high-tech propagation. “We have grown other products in the past, but the stability in the bell pepper market ultimately made us decide to go completely for bell peppers,” says Woltman. “Pepper is a big product in North America. Partly due to Covid, the demand for healthy products, and therefore also for bell peppers, has grown considerably in recent months. About 75 percent of our production is exported to the United States and 25 percent goes to Canada. If the pepper consumption in those countries increases only a few percent, this immediately means that millions of extra kilos are demanded. So, a small increase in demand is a huge step for us.”

Fair labour and social aspects
Woltman is therefore positive about the future of Hortigen Produce, but also about Mexican horticulture. “There are many pepper producers in Mexico. It is important with whom you set up the trade, who your partners are, and how efficiently you can work as a company. Labour is becoming increasingly scarce. As a sector, we have to compete with the salaries in the car industry. In addition, we are dealing with the trade agreement with the United States, which imposes conditions on fair labour and social aspects. This requires more effort from horticultural companies. Until a few years ago there was hardly any pressure to use technology in horticulture, but due to these developments, there will be more and more. As a company you want to work as efficiently as possible to limit costs and technology can help with this. Entrepreneurs are increasingly realizing that.”

Theojary Crisantes, Chief Operations Officer at Wholesum in Arizona, United States, recognizes what Woltman is describing. In the United States, too, labour is one of the biggest challenges. “Automation and robotics are starting to make sense. Technology makes it possible to work more efficiently and that's what we all want.” Wholesum is a specialist in organic tomatoes and has nurseries in both the United States and Mexico. All in all, the company has 110 hectares of vegetable cultivation. In addition to tomato, also cucumber, pepper, eggplant, and squash is produced. “We mainly grow our products in high-tech greenhouses, but also partly in mid-tech greenhouses and in the open field. Overall, greenhouse cultivation is increasing in the United States and horticulture is also maturing through the application of artificial lighting and heating. And also, by opting for more technology in the greenhouse.”

Robots for deleafing and harvesting
Crisantes has already been introduced to robots for tomato deleafing and pepper harvesting and he also believes that solutions like that are becoming more important in North America in the coming years. “Robots and other technologies will be more economically feasible as time goes by. Growers want to make smarter choices and artificial intelligence, or machine learning can help with that. When you look at our company, in the past I made all the decisions myself. Now wireless sensors can tell me when to act to get the best results. These kinds of developments take place step by step, but it is important to be informed about the possibilities that are available.”

Crisantes sees a lot of potential for organics in North America. “During the pandemic, we saw an increase in the demand for organic food. It means that even in tough times our market grows. In the United States organics are no longer a niche market. We are not saying organic vegetables are better than conventional vegetables, it’s a consumer choice. In the end, we are happy that consumers choose healthy products in general.” Sustainability is another aspect the company is looking very hard at. “Sustainability goes way beyond energy use. It’s about making a difference in this world. A lot of sources are getting scarce and it’s up to us as an industry to act according to that. I strongly believe technology can help us with that.

Technology and knowledge
Oscar Woltman would like to invest with Hortigen Produce in picking carts and in robots that can detect pests in the greenhouse. At the same time, he also realizes that the applications of such solutions also require training for the employees. “It is a combination of investing in technology and investing in knowledge. Until about five years ago, Mexican entrepreneurs were not waiting for interference of Dutch experts, but now there’s a turning point. Growers in Mexico are wondering how to proceed, how to take the next step in their development. What can be automated and how can their processes be optimized? So now they do want to look for improvements, together with experts from, among others, the Netherlands.” 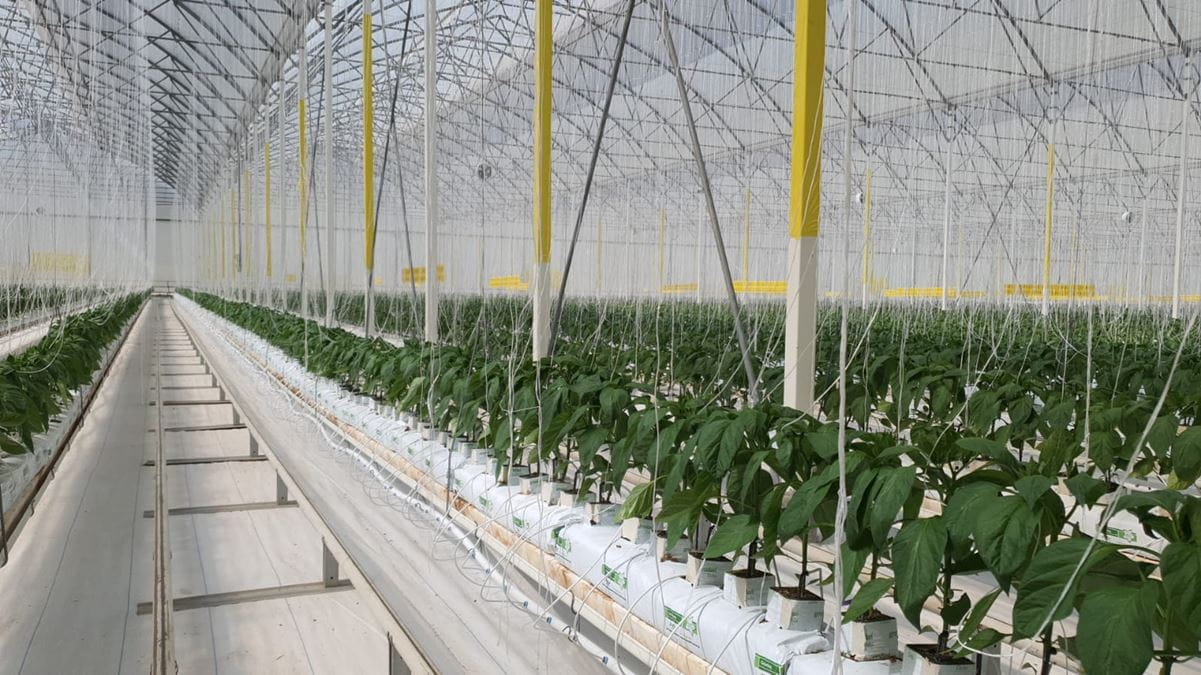 GreenTech Americas comes at the right time, says Woltman. “Most Mexican growers never travel and therefore are not introduced to new developments. GreenTech Americas brings those developments closer to home. But I also hope that more discussion is started in Mexico, the United States, and Canada about the usefulness of investments. Entrepreneurs want to know how they can benefit from specific investments. Horticultural experts can help by making clear that technology is not a cost item, but a profitable investment in the short and long term. In North America, we need to think more about the relationship between technology and cultivation strategy, about maintaining product quality, and about new ideas for food and climate. GreenTech Americas and the companies that present themselves there can emphatically contribute to this.”

Specific needs in North America
Theojary Crisantes is looking forward to the event in his 'own backyard'. “In the United States and Mexico, the needs of growers are completely different than in Europe, both geographically and in terms of climate. That is why it is important to have an event that matches those specific circumstances.” Above all, he hopes to be able to speak to many colleagues and specialists during the event. “We have to embrace technology as an industry. But you can have the best greenhouse in the world, without knowledge you actually have nothing. That is why education, knowledge transfer, and information are also essential in order to be able to continue to grow as a sector in the coming years.”