Circularity is on the rise worldwide, also in horticulture. Our ‘disposable society’ is transforming into a model in which the products of today are the raw materials of tomorrow. By valorising residual streams from horticulture, growers can help to relieve the climate and lower their ecological footprints. The European project Bioboost helps them by developing initiatives, but also by stimulating entrepreneurs to suggest ideas of themselves.

For the past fifty years, horticulture has mainly focused on producing as much product as possible at the lowest possible costs. However, in recent years sustainability has increasingly come to play a role within the sector. Therefore, several initiatives were started to further value horticultural products and residual material and to become circular as a sector. Where we have become accustomed to the constant purchase, use and disposal of new products, the circular model is based on the reuse of materials.

In horticulture residual streams contain for instance tomato and pepper stalks and rose branches and leaves. Or products that do not meet the high demands of customers. But why would you dispose that material if you can also come up with more valuable destinations? Until recently, fibers and components from residual streams weren’t used in any way. But now we know they can be used as raw materials for industry and pharmaceuticals, says Willem Kemmers. Kemmers is project leader at Biobased Greenport West-Holland, a network organization in the Netherlands in which companies, knowledge parties, chain parties, governments and social organizations work together to develop the biobased business in greenhouse horticulture.

Biobased Greenport West-Holland supports horticultural entrepreneurs and chain partners to bring plant residues to value. In an international context, they are part of Bioboost, a project that aims to stimulate the biobased development of horticulture in Europe.

Triple-helix partners from the Netherlands, Belgium and the United Kingdom work together in the Bioboost project. “In recent years, not everyone had a full focus on circularity. Today we all agree it is no longer acceptable to produce large amounts of waste. More and more growers therefore want to position themselves as responsible entrepreneurs with minimal impact on the environment. We want to support them in that.”

Kemmers indicates that the initial starting point was to earn money from residual streams. “But although horticulture produces large quantities of waste, it’s only a drop in the ocean when it comes to the industrial need for fibers and components. So, it is a combination of pluses that should make it interesting for entrepreneurs. They can achieve a cost saving because residual materials are no longer disposed of as waste. Also, by giving the residual streams a new purpose, they can lower their ecological footprint. Growers can prove their minimal environmental impact and are therefore more interesting for customers.”

But what actual options are there to value residual streams? Biobased Greenport West-Holland set up various projects and pilots. They concluded that it can be cost-effective to extract proteins, sugars and fibers from crop residues and to use them in for example the animal feed industry and in the production of paper and cardboard. Plant substances can also be used as natural crop protectors or to produce cosmetics and medicines. 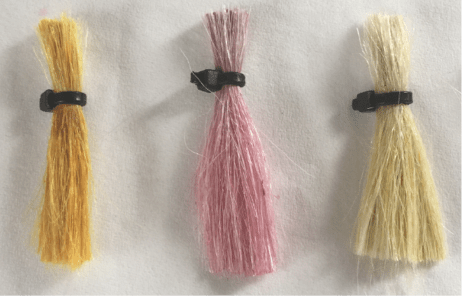 More specific, however, is the use of residual wood to produce chipboard in the construction sector, Kemmers says. “No biotechnological process is needed to make those plates. The residual wood can be used directly for pressing chipboard", Kemmers explains. A test phase was successfully completed last year from the European Bioboost project. The permit application for the construction of the first factory is currently underway. "Within month from now the chipboard should be available at do-it-yourself shops and in interior construction." Waste-to-product company Renewi is part of this initiative. Renewi collects all the residual wood, such as stems of tomatoes, aubergines and peppers and plant waste from rose and pot plant companies. Then they filter out the usable material. “It is important that the plant waste is supplied dry and as clean as possible. That makes processing easier. Growers should pay attention to that”, says Kemmers. “Horticultural suppliers can also contribute, for example by developing alternatives to plastic rope and clips. This way they don’t have to be filtered from the plant material. You could say the entire sector has a joint responsibility in this.”

T-shirt made of tomato stems

Another initiative is the production of textiles from horticultural waste. According to Kemmers, it is a matter of time before the first tomato T-shirt comes to the market. “Textile is a promising niche for horticultural residues. Textile is largely produced in low-wage countries. This results in such a low cost that it is difficult to compete with. But for certain target groups, locally produced textile from residual streams will certainly be an interesting product.” A consortium consisting of Greenport West-Holland, BlueCity Lab in Rotterdam, entrepreneur Maurice Wubben, Duijvestijn Tomatoes and United Oceans has already started the development of a tomato T-shirt. The first T-shirt is expected to be presented in the second half of 2020. Kemmers: “The clothing industry does not have a great reputation. There are large amounts of pesticides, high water consumption and heavy labour. Therefore, it is worth investigating whether this can be - partially – changed. By using a different production method in those countries, by bringing production to Europe and by producing textiles under a sustainable label. You won’t see these clothes at H&M or another large chains soon. We are developing a premium product with a story that will be offered locally in small volumes.”

Although Biobased Greenport West-Holland and the partners in Bioboost continue to look for other applications for residual streams from horticulture, Kemmers also calls on others to think along. “The combined power of all individual growers is many times greater than ours. That is why we launched the Bioboost platform in November from the Bioboost project. This is an inspiration database where all ideas and initiatives in the field of circularity from all over the world are collected and shared. Already 42 initiatives have been brought to the attention on www.bioboost-platform.com so that others can contribute to this. But the platform is open to everyone, so ideas from all around the world can be uploaded. I want to encourage everyone with an idea or a specific initiative to share it. So that we can move forward together.”